Beginning of the CUSO 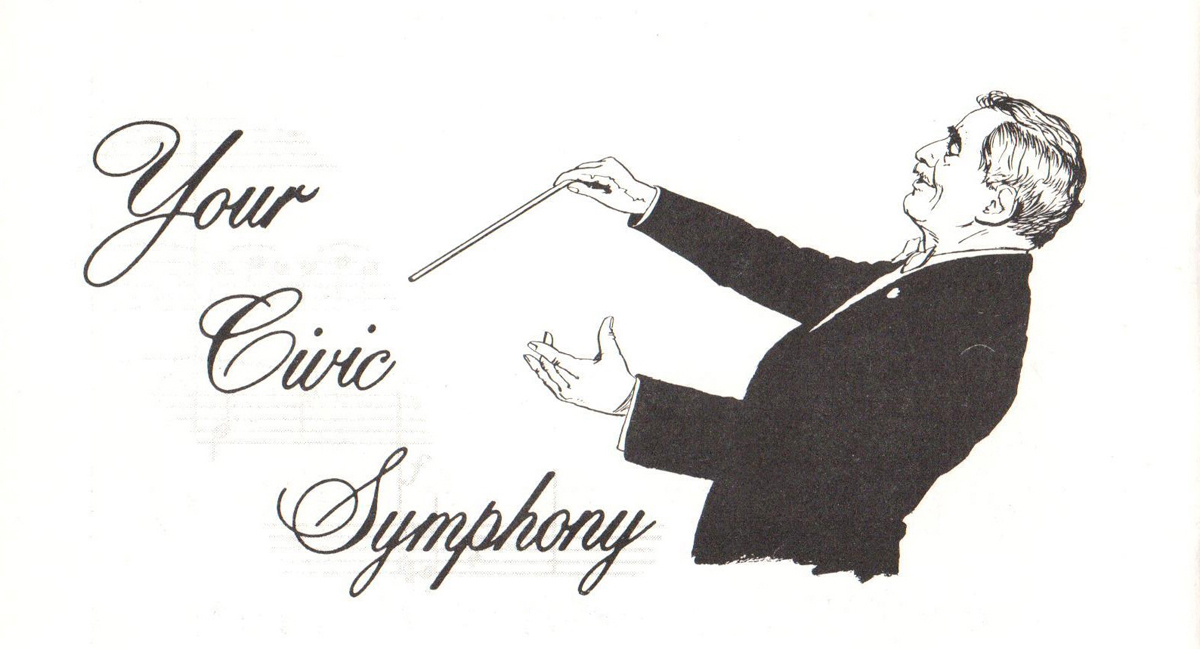 A Symphony Orchestra for Champaign-Urbana

On Feb. 13, 1960, the Secretary of Illinois signed the incorporation papers for the Champaign-Urbana Civic Symphony Orchestra under the “General Not For Profit Corporation Act.” Under the articles of incorporation, it states that the purpose of the corporation is “to provide cultural and educational musical concerts for the general public in and around the area of Champaign and Urbana, Illinois.”

This was far from the beginning of the story. For a long time, many people in the area had voiced a desire for such an orchestra, but the problems associated with forming one seemed overwhelming. There were many factors to be considered. A symphony orchestra requires above everything else a good conductor. The logical man to approach for this job was Bernard Goodman, conductor of the University of Illinois orchestra and a member of the Walden String Quartet. Yes, he would be interested, but with certain reservations. His enthusiasm gave confidence to tackle the next question—where to hold the concerts? Duane Branigan, director of the University School of Music, offered his support and helped solve the problem by arranging for the use of Smith Music Hall for the first season’s concerts. Now there remained the question of where rehearsals could be held. Fortunately, Unit 4 School District generously offered the use of the music wing of Champaign High School for this purpose.

Champaign-Urbana is unusual in that it has the necessary professional music talent to make up the personnel of a fine orchestra. This is the number one problem of most symphonies; in this community, it is the least of the hurdles. Thus, with the four main factors out of the way—conductor, concert hall, rehearsal facilities, and talent, the way was clear for an organization to arrange the business matters associated with such an undertaking.

From the outset, the founders felt that all members of the orchestra should receive some remuneration for attending rehearsals as well as playing the concerts. A modest fee was arrived at and with this as a basis, a tentative budget was made up for two concerts.

All that remained to do was raise the money! How would the community respond? It did not take the founders long to find out, for they first visited Colonel Anderson of the Magnavox Company, which has always sponsored the Fort Wayne Symphony Orchestra. Col. Anderson presented our request to his main office. At the same time, Mr. H. I. Gelvin had been approached and he indicated great interest in the undertaking. With generous donations from both these directions, there was no doubt that the remainder of the budget would be forthcoming as soon as the public was informed of the project. On May 24, the first official meeting of the Board of the Orchestra met mapped plans for meeting the budget and arranging the concerts. Many people volunteered their services in many ways to make the orchestra a success. There is no doubt that the Champaign-Urbana Civic Symphony will become a self-sustaining musical organization amply supported by an appreciative community.

Click on the program cover to see the full 1960 program book: 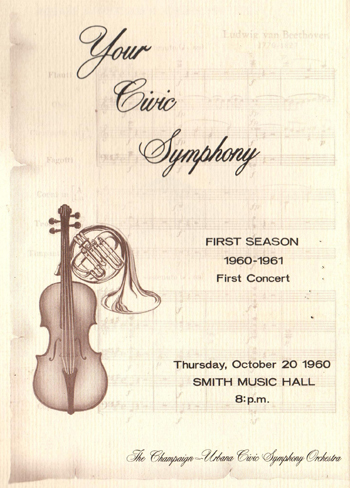