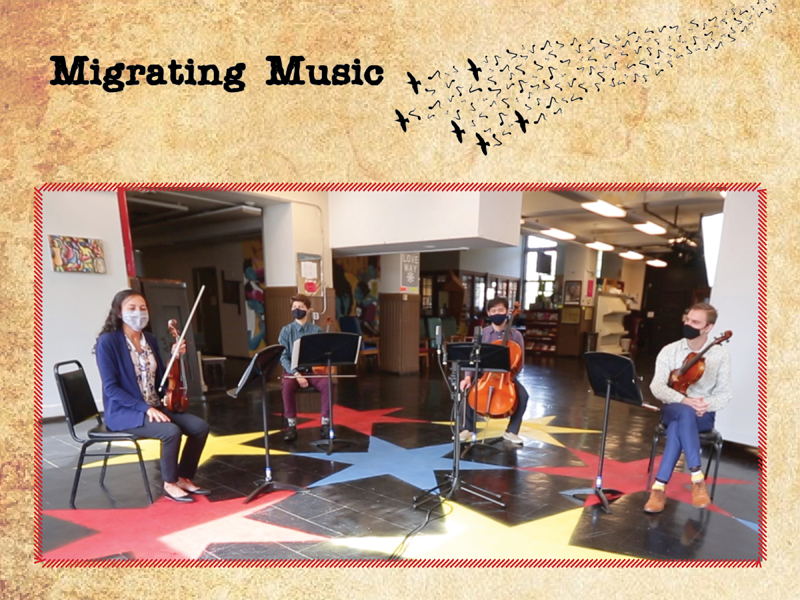 Join Maria, Haley, Yu-Ping, and Daniel, string musicians of the Champaign-Urbana Symphony Orchestra, to explore music that made its way to us through migration. The “Migrating Music” string quartet concert series presents music to celebrate cultural diversity. These engaging video performances designed for young audiences present a rich and beautiful variety of music that can be found in communities and cultures around the world. Sponsored by the Guild of the Champaign-Urbana Symphony Orchestra, each video presentation in the series is approximately 11 minutes long. Music lovers of all ages will enjoy learning how cultures and traditions across the globe inspired music written by four different composers:

Captioning is available on YouTube. To activate the caption function, move the cursor over the bottom of the video, click on the gear icon, and select “Subtitles/CC” and “English” from the pop-up menu.

Zhou Long was born in Beijing, China, and studied Chinese folk music as well as Western classical music. Each movement of Chinese Folk Songs was inspired by a specific song from Chinese tradition. These songs take one of three main forms: “shan ge,” or mountain songs; “hao zi,” or working songs; and “xiao diao,” or songs for entertainment. You will enjoy the beauty of Mr. Long’s music, which blends elements from the cultures of East and West. Music performed from Chinese Folk Songs includes Jasmine Flower (Mo Li Hua), A Horseherds Mountain Song, and A Single Bamboo Can Easily Bend.

William Grant Still was one of the most important and celebrated African-American composers of the twentieth century and was the first African-American to conduct a major symphony orchestra in the United States. Inspired by Panamanian folk tunes, Mr. Still composed Danzas de Panama, which uses traditional dances such as the tamborito, mejorana, punto, cumbia, and congo. We will teach you the dance steps, and show you how our string instruments can be played to sound like drums! Music performed from Danzas de Panama includes Punto and Cumbia Y Congo.

Amy Beach was a leading figure in American classical music, being the first woman to achieve popular and critical recognition with large-scale compositions. In the 1890s, there was a movement in the U.S. to create music reflecting a national identity based on American roots. Amy Beach composed works inspired by folk music from Scottish, Irish, Balkan, African-American, and Native-American origins. Quartet for Strings was inspired by the music of the Inuit people of Alaska. Music performed includes the Inuit folk songs Summer Song, Playing at Ball, and Amy Beach’s Quartet for Strings, Op. 89.

Hungarian pianist/composer Béla Bartók was one of the most influential collectors of folk music in the 20th century. We will learn about his traveling and recording traditional folk music from 1909 to 1914 and hear recordings that are more than 100 years old! Mr. Bartók loved the rhythms of Romanian folk music, and adapted some Roma melodies, polkas, and dances into his composition, Romanian Folk Dances. Music performed includes Bartók’s version of these dances: Joc cu Bâta (Dance With Sticks), Brâul (Waistband Dance), Poarcâ Românească (Romanian Polka), and Maruntel (Quick Dances). 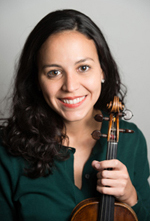 Maria Arrua, violin 1
The “Migrating Music” concert series was developed for CUSO by violinist and CUSO concertmaster, Maria Arrua. Maria leads an active career performing and teaching in the greater Chicago area. As a soloist and orchestral musician, Maria has performed with orchestras across Paraguay and the United States, including the National Symphony Orchestra of Paraguay. She served as a member of the Civic Orchestra of Chicago and its prestigious Civic Fellowship Program, engaging with communities through interactive workshops and performances around Chicago. A dedicated teacher, she is adjunct instructor of violin at Illinois Wesleyan University and has an active private violin studio. 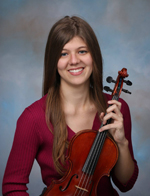 Haley Schricker, violin 2
Violinist Haley Schricker is currently a second-year master’s student at the University of Illinois at Urbana-Champaign, where she studies with Jupiter String Quartet violinist Meg Freivogel. Haley is a member of the Champaign-Urbana Symphony Orchestra as well as the University of Illinois Symphony Orchestra, and is a regular performer with the Sinfonia da Camera. She has performed as a soloist with the Eastman Philharmonia, San Diego Civic Youth Orchestra, the Youth Philharmonic Orchestra, and the Virtuosi USA chamber orchestra in venues in the U.S. and Germany. Haley received her bachelor’s degree from the Eastman School of Music and served as concertmaster of the Eastman Symphony Orchestra. 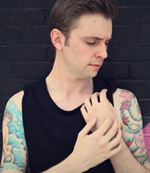 Daniel McCarthy, viola
Daniel McCarthy, an American violist and educator, has appeared with ensembles throughout North America and Europe. His performance interests range from chamber music collaborations to contemporary performance and symphonic work. Daniel performs as a violist with the Champaign-Urbana Symphony Orchestra and Millikin-Decatur Symphony Orchestra. He is a candidate in the Doctor of Musical Arts program at the University of Illinois at Urbana-Champaign, where he studies under the mentorship of Elizabeth Freivogel, violist of the Jupiter String Quartet. In 2020, Daniel received the Chip Davis/Mannheim Steamroller Orchestra Award and the Achievement Award for the Strings Department. He holds degrees from Boston University, Southern Methodist University, and the Catholic University of America. 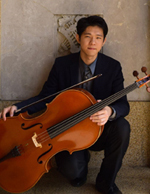 Yu-Ping Wu, cello
A native of Taiwan, cellist Yu-Ping Wu is a fellowship recipient and is pursuing his Artist Diploma with Dmitry Kouzov and Daniel McDonough at the University of Illinois at Urbana-Champaign. He received his Master of Music degree from Louisiana State University in 2019 and Bachelor of Fine Arts degree from Taiwan Normal University in 2015, where he studied with Dennis Parker and Lee-Wen Dai. Yu-Ping has performed in the cello section of the Champaign-Urbana Symphony Orchestra, Sinfonia da Camera chamber orchestra, and Baton Rouge Symphony Orchestra.