CUSO Music Now: From the Maestro 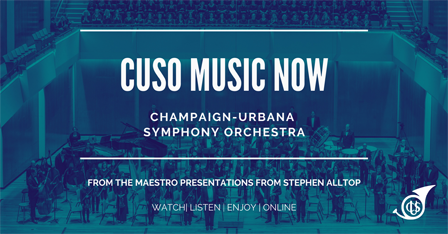 CUSO Music Director and Conductor Stephen Alltop has engaged our community in the concert hall and in the classroom. “From the Maestro” is the virtual venue where Stephen continues to share his passion for music in special video presentations. Known for his entertaining and informative talks, Stephen shares a deep knowledge and insight into the composers and their music.

Music Director and Conductor Stephen Alltop presents highlights of the CUSO “Baroque Grandeur” concert, featuring Bach’s famous Toccata and Fugue in D Minor, Telemann’s Wassermusik (Water Music), and Handel’s Music for the Royal Fireworks. Stephen performs excerpts on organ and harpsichord as he shares some fascinating history about these musical icons. Composer Stacy Garrop gives insights into Spectacle of Light, an exciting new work that draws its inspiration from Handel’s Music for the Royal Fireworks.

Stephen Alltop shares his passion for the fascinating era of Baroque music in this concert preview of popular 18th century “hits” such as Pachelbel’s Canon, Vivaldi’s Oboe Concerto in A Minor, Rameau’s Overture to Naïs, Telemann’s Concerto for Three Violins and his Concerto for Three Trumpets. Learn about the lives of these Baroque composers who were legends in their time and how they transformed the world of music as we know it today. Enjoy Stephen’s Baroque Brilliance video talk on YouTube or on Vimeo.

Labeling the theme for the work as “complete resignation before Fate,” Pyotr Ilyich Tchaikovsky composed his Symphony No. 5 in E Minor, Op. 64, in May through August of 1888 and conducted its first performance in St. Petersburg, Russia in November of that year. Join Conductor Stephen Alltop for a preconcert talk and enjoy CUSO’s performance on March 7, 2020, in Foellinger Great Hall at Krannert Center for the Performing Arts in high-quality audio on SoundCloud. It was the orchestra’s last live concert since the pandemic began.

Ludwig van Beethoven’s Seventh Symphony premiered on December 8, 1813, at the University of Vienna, with Beethoven conducting. Loved for its beauty and celebratory energy, it is one of Beethoven’s most popular symphonies. Join Conductor Stephen Alltop at his piano for the preconcert talk and enjoy CUSO’s performance of this brilliant music, presented in high-quality audio on SoundCloud. For a fuller look at the composer’s life and work, view Stephen Alltop’s video lecture “Ludwig van Beethoven: “Heroic Genius”. 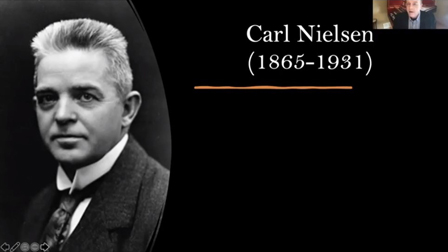 Danish composer Carl Nielsen’s Symphony No. 4, Op. 29, “The Inextinguishable,” was composed against the backdrop of World War I and completed in 1916. Nielsen described it as expressive of the fundamental life force, saying “Music is life, and like it, inextinguishable.” Listen to the preconcert talk and CUSO’s powerful performance, presented in high-quality audio on SoundCloud.

Learn how Beethoven changed the course of music in this intimate portrait of the composer’s life and musical achievements. Stephen performs several works by Beethoven and also demonstrates the musical innovations in the composer’s symphonies.

Lecture in Place 2: “FRÉDÉRIC CHOPIN, POET OF THE PIANO”

Discover how Frédéric Chopin elevated piano performance and composition to new heights, in this lecture that includes performances of Chopin’s music by soprano Josefien Stoppelenburg and keyboardists Stephen Alltop and Paula Fruitman Stoppelenburg.

Stephen delves into the life and music of one of the greatest Baroque composers, Antonio Vivaldi.