Originally posted on June 23, 2015 on www.composerinklings.com 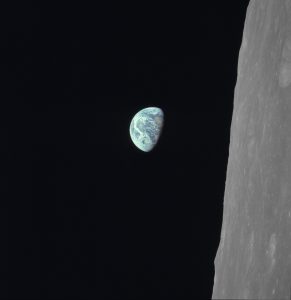 In an earlier blog post, I compared composing the middle movement of an oratorio to watching the middle movie of a trilogy. While the purpose of middle-of-trilogies is to build suspense, the final movie is where the big payoffs happen. Will Neo find a way to free the entire human race from the Matrix? Can Frodo destroy the One Ring before its evil power corrupts him and Sauron kills his friends? How will Marty McFly get back to 1985 when he is stuck in 1955 without a time machine?

The goal of final movie of trilogies is clear: tie up all loose ends, and provide a satisfying conclusion not just for the 3rd movie, but for the previous two movies as well. Filmmakers take different approaches to end trilogies. Some go for a grandiose finish (Neo and his fellow humans battle the Matrix on multiple fronts); some offer emotional reconciliations (Darth Vader saves the live of his son, Luke); and some show characters that have been affected by their journey for better (Marty McFly transcends his aversion to being called chicken) or worse (Frodo must leave the Shire forever). As I gathered my texts together to create my oratorio, a big question loomed: how did I want to conclude the work? 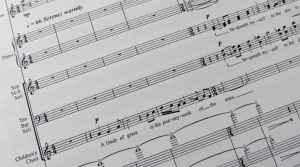 I took a cue from The Matrix franchise in which the dramatic conclusion for the first movie was re-used for the third movie, but executed on a much grander scale. I knew that I wanted to have both Parts I and III of Terra Nostra conclude with identical text and music, taken from Walt Whitman’s Leaves of Grass and sung by the adult and children’s choruses:

I chose this text for a particular reason. The point of the entire oratorio is that humanity can choose to change how we live so that we lessen our impact on the planet, possibly even live in harmony with it. In Part I, when the only texts sung thus far are celebrating the birth and beauty of the earth, Whitman’s text is a reassuring confirmation of the unending cyclical nature of our planet. But by the end of Part III, when we have heard texts that recount humanity’s dramatic impact on the world, Whitman’s text seems to suggest that our planet’s situation is tenuous. As a result, I added additional lines of text from Leaves of Grass, sung by four soloists, that urge humanity to find a solution for this fragile situation by reconnecting with the earth from which we came. The soloists’ text is set to new, hymn-like music that is inserted in between the choirs’ lines of text. If we can meet Whitman’s challenge, we might find redemption for ourselves and for our planet: 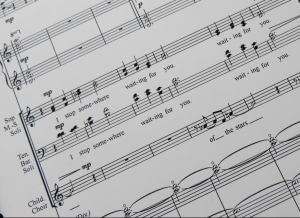 I bequeath myself to the dirt to grow from the grass I love,
If you want me again look for me under your boot-soles.
You will hardly know who I am or what I mean,
But I shall be good health to you,
And filter and fibre your blood.
Failing to fetch me at first keep encouraged,
Missing me one place search another,
I stop somewhere waiting for you.

When a movie trilogy is over, good has triumphed over evil, love interests are reconciled, and brave hearts have proven their worth. I hope the message of my oratorio will lead to a similar outcome in having humanity find a balance in living with terra nostra, our earth.