Originally posted on May 24, 2014 on www.composerinklings.com 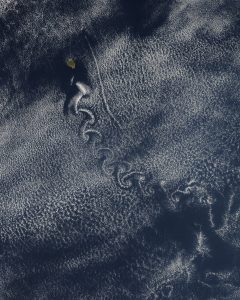 I’m digging deep into Terra Nostra, the oratorio I’m composing for the San Francisco Choral Society and Piedmont East Bay Children’s Choir. These organizations joint-commissioned me to write an oratorio about our planet. The oratorio consists of three parts: Part I represents the creation of the world; Part II depicts the triumphs of humanity and how our planet is being affected; and Part III contemplates finding a balance between mankind and earth so that we can co-exist. For the past year, I’ve researched texts and assembled them into a libretto, as well as worked on clearing texts still in copyright. Now I’m up to the composing stage – what is the best way to begin?

First up, I took another hard look at the libretto. I’ve known all along that I collected too many texts for the libretto, and that not everything was going to fit into the piece (part of this was intentional – it was highly unlikely that I would be granted clearance for all texts still under copyright, so I wanted some backups on hand). I read through all of the texts again and began imagining how the text might be set, how many minutes each text would take to be sung, and how much time should be allotted to instrumental interludes. Once I did the math, it was time to start cutting out texts; anything that didn’t match the message I am trying to deliver was taken out. Unfortunately, this meant removing texts by the environmentalist John Muir and poet Carl Sandburg. In exchange, I found a wonderful poem by living poet and agrarian Wendell Berry called The Want of Peace, which will work very well at a crucial moment in Part III. Chances are I’ll still need to cut out a little more text along the way, but I hope not too much more – I like the shape that the libretto is taking.

Next, I started sketching ideas for several movements in Parts I and III. As much as I’d like to write the piece from the beginning straight through to the end, composing isn’t a linear process for me. I need to know what motives, gestures, and progressions will be important in Part III while I’m composing Parts I and II, so I can start to foreshadow and develop these over the course of the entire oratorio. This means that I need to compose some of the music in Part III while working on Part I. There is an additional tie-in for Parts I and III: both Parts conclude with identical text from Walt Whitman’s Leaves of Grass. I introduce the material in Part I sung by the children and adult choruses, and will develop it with additional text from Leaves of Grass that will be sung by the four soloists.  So whatever I write for Part I needs to have enough potential to grow into something bigger to end the entire oratorio.

My sketching process involves pencil and paper reductions made at a keyboard, which I then start to flesh out as I enter the material into a computer notation program. At this stage, I’m mostly composing piano reductions, as the choirs and soloists will need those scores from which to rehearse.  Eventually, these will be fleshed out for the orchestra at a later point.

Suffice it to say, I’m making headway on the oratorio. But with a project of this size and scope, thank goodness I have eight months to complete the entire piece! The San Francisco Choral Society is rolling out Terra Nostra in three stages. People in Northern California can catch the premiere of Part I this November 15 and 16 at Calvary Presbyterian in San Francisco. Part II will premiere in April 2015, and Parts I, II, and III will be performed as a whole in November 2015.