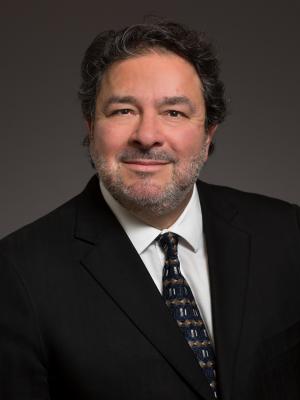 As artist, performer, and educator, percussionist Ricardo Flores has been electrifying audiences for years, playing classical percussion, drum set, and world percussion in orchestral, chamber, jazz, pop, Latin, and many other musical settings. He joined the faculty at the University of Illinois at Urbana-Champaign in 2000, where he holds the title of Associate Professor on the Percussion Faculty, specializing in drum set and Latin percussion and directs the Steel Band/World Percussion Ensemble.

Currently Principal Percussionist of the Champaign-Urbana Symphony Orchestra and Sinfonia da Camera, Ricardo also plays drums and Latin percussion with various jazz groups throughout the Midwest. He has presented concerts, clinics, and master classes throughout the United States, Canada, Europe, China, and South America at such venues as the Eastman School of Music; Northwestern University; Florida State University; The Hartt School of Music; the 2005 Percussive Arts Society International Convention in Columbus, Ohio; the 2005 Tri-C Jazz Festival in Cleveland; the 2008 International Association of Jazz Educators Conference in Toronto; the Sichuan and the Wuhan Conservatories and the Second Dalian International Broadcasting Music Festival (China); the Sixth International Percussion Forum in Żagań, Poland; the 2nd International Congress of Percussion and the Crossdrumming Festival in Jelenia Góra and Warsaw, Poland; and the Fourth Patagonian Percussion Festival in Argentina. In 2006, he performed on the Carnegie Hall stage as a soloist with the University of Illinois Wind Symphony.

Ricardo can be heard on recordings with performers such as Arturo Sandoval, Dan Wall, Kenny Anderson, Chip Stevens, the Jack Schantz Jazz Unit, the Cleveland Jazz Orchestra, and Sinfonia da Camera. He is former President of the Illinois Chapter of The Percussive Arts Society and serves on the PAS Drum Set Committee.