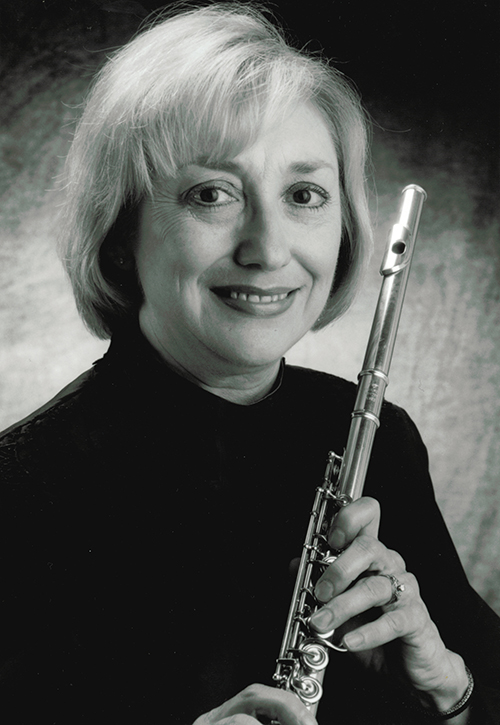 A highly sought-after teacher in the area, Mrs. Chapman has been teaching flute at The Conservatory of Central Illinois since 1984. She taught at Illinois Wesleyan University Summer Music Camp for three years and at Illinois Summer Youth Music for 32 years, serving as headmaster of the Advanced and Intermediate Flute Camps for 25 years.

Besides playing with the Champaign-Urbana Symphony Orchestra, she is principal piccolo with Sinfonia da Camera, is a member of Arcadia Chamber Players, and performs with numerous other chamber ensembles. She has recorded two pieces of music by Rudolf Haken for flute, cello, and keyboard, which were released on CD. Mrs. Chapman has previously played with The Prairie Ensemble, Bloomington-Normal Symphony Orchestra, Springfield Symphony Orchestra, Danville Symphony Orchestra, Heartland Festival Orchestra, the Mark Foutch Band, and the Concert Band of Central Illinois.

She is a member of the Tuesday Morning Musical Club, Delta Omicron Alumni Club, and the National Flute Association, where she was invited to play at the 1989 NFA Convention in New Orleans, performing on alto flute.