Terra Nostra, Post #1: How does a composer start an oratorio?

Originally posted on Feb. 13, 2014 on www.composerinklings.com 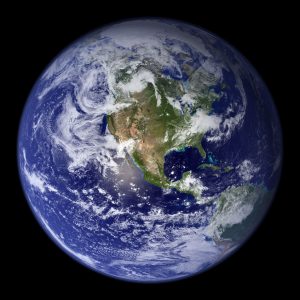 I am currently working on a project two and a half years in the making, and it is the largest undertaking of my career.  In September of 2011, Robert Geary (the conductor of the San Francisco Choral Society, Volti, and the Piedmont East Bay Children’s Choir) asked if I were to compose an oratorio, what would it be about?  At the time, Bob and I were at the Volti Choral Institute for High School Singers in Occidental, California.  Students from four local high schools were gathered together for a fun weekend of singing alongside choristers from Volti; they were rehearsing one of my Millay sonnet sets that the combined choruses would perform a month or so later in a concert in San Francisco.  Perhaps it was because we were surrounded by gorgeous redwood trees in the middle of wilderness, or maybe because I had recently composed a string quartet based on Gaia (the personification of the earth in Greek mythology) and felt that I had more to say on that subject—whatever the reason, by the end of our three day institute, I pitched to Bob the basic concept of an oratorio in three parts that celebrates the planet, the rise of humanity, and the search for a balance between the earth and mankind.  He liked it, and I sent him a fleshed-out formal proposal after the institute.  It took about a year from that point to be approved by the San Francisco Choral Society and a commissioning contract to be formulated; the Piedmont East Bay Children’s Choir also came aboard as joint commissioners.  By January 2013, all of the paperwork was in place, and I was green-lighted to commence the project.

The size of the oratorio will be physically big.  I am scoring it for four soloists, the San Francisco Choral Society, one of the choirs in the Piedmont East Bay Children’s Choir, string orchestra, piano, and three percussionists.  It is also big in duration, containing three parts that will be approximately 20 minutes each for a total duration of an hour [please note that the final duration is actually 74 minutes].  The parts will receive staggered premieres, with the first part premiering in November 2014, the second part in April 2015, and all three combined parts in November 2015.

Additionally, the oratorio is big in scope, involving approximately 22 texts.  I searched a diverse variety of writings for about eight months, and crafted the libretto from a wide range of sources and writers: creation myths from four continents, a passage from the Book of Genesis, verses about the European Industrial Age, writings by John Muir and Walt Whitman, and poetry by Lord Alfred Tennyson, William Woodsworth, Gerard Manley Hopkins, Carl Sandburg, Percy Bysshe Shelley, and Edna St. Vincent Millay among others. Some of the passages I use will be short excerpts, some will be set in full; some might not survive the composing process and be left out.  At the moment, I am still waiting for permission on two copyrighted texts; it can be a long, multi-month process that requires a lot of patience.  I have not been successful in securing all of the texts that I wanted, but in my months and months of researching texts, I discovered several poems that can take the place of my first choices if need be.

So here I am, two and a half years after Bob’s and my first conversation.  I’m starting to put notes on score paper for part 1.  Bob and the San Francisco Choral Society are firming up details on their end, such as choosing soloists (it will be useful to know the singers’ ranges as I compose), what percussion instruments will be available (another detail that will impact my composing), and where the performances will take place.  The scores for part 1 will be due in late summer, with deadlines for the second and third parts spaced out over the next year.  I’ll periodically return to writing posts about the oratorio, from its composing process to the rehearsal stages and premiere performances.

Am I nervous?  Heck yeah!  And excited too.  This is the biggest opportunity I’ve had thus far in my career, and I intend to enjoy every moment of it.