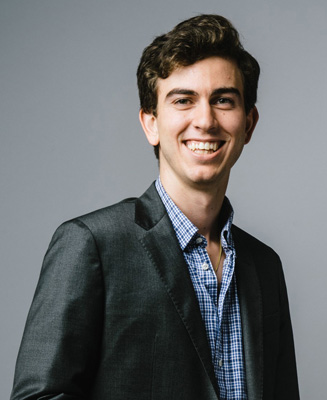 In his young career, Niccoló Muti has already established himself as a versatile artist. He is the Founder and Artistic Director of Incontri Musicali, an annual chamber music festival that brings classical music’s most-promising young talents to Spoleto, Italy, for three weeks of chamber music performances each summer. He is also the Assistant Conductor of the Chamber Orchestra of the Triangle in Durham, North Carolina, and the Champaign-Urbana Symphony Orchestra.

As a violinist, Niccoló has performed in recital across the U.S. and Europe. He received his Bachelor’s degree in Violin Performance from Indiana University, where he studied with Mimi Zweig. He completed his Master’s degree at Rice University, where he was awarded the Vicki West Prize to study with Kathleen Winkler. Having completed a two-year residency at the University of Texas at Austin as a member of the Cordova Quartet, Niccoló is now pursuing a Master’s degree in Conducting at the University of Illinois at Urbana-Champaign with Donald Schleicher.

An accomplished (former) ballet dancer, Niccoló enjoys all forms of dance. He can also be found venting his frustrations on the tennis court, cheering for his favorite soccer team (Juventus FC), and spending time in the kitchen with a good glass of wine.