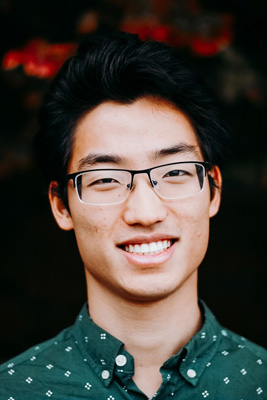 Nathan began his conducting studies in 2016 as an undergraduate student while pursuing his undergraduate Music Education degree with Dr. Paul Shewan. Then, while studying at Roberts Wesleyan College, he received opportunities to work with the Roberts Wesleyan College Community Orchestra and several other ensembles on campus for various events such as a Suicide Prevention Chapel Service for which he composed and conducted the piece It Takes a Moment. Understanding the challenges of mental health, the work speaks to the fact that everyone is worth more than they could ever possibly imagine, even if they cannot fathom that at that moment.

In the summer of 2019, Nathan was accepted to attend the International Conducting Workshop and Festival in Bulgaria, where he studied with instructors Larry Rachleff and Donald Schleicher, conducting pieces by Beethoven, Dvořák, and Stravinsky.

Subsequently, Nathan was offered a place as a Master of Music in Orchestral Conducting candidate at UIUC, studying under Donald Schleicher and serving as the Teaching Assistant for the University of Illinois Symphony Orchestra. While at UIUC, he also studied with interim professor William Eddins and rehearsed and performed John Harbison’s Symphony No. 5 in the presence of the composer.

Nathan hopes to continue his love for music education by becoming an orchestra director at a university. In his spare time, Nathan trains for Spartan Races and has completed two Trifectas in his life. He also runs a small LEGO YouTube channel as a hobby.