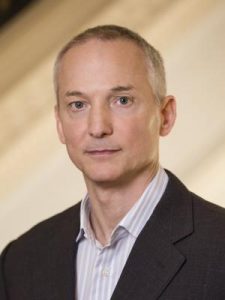 Michael Cameron is a renowned performer who has premiered dozens of works for bass, including pieces by Ben Johnston, Violeta Dinescu, Yehuda Yannay, Herbert Brün, Erik Lund, and Andrew Simpson. He has also performed a number of American premieres by such composers as Sofia Gubaidulina, Kaija Saariaho, and György Kurtág. “Michael Cameron has a growing reputation as one of the most promising of the world’s young bassists in both traditional and contemporary repertoire,” writes The Strad (London). His 1996 recording, Progression, on the Zuma label includes works by Bach, Hindemith, Johnston, Segall, and Shostakovich. The Strad wrote, “Cameron performs with panache and flair . . . all these pieces are dispatched with chameleon-like facility of style and understanding.” His disc Basso Solo includes unaccompanied works of Bach, Donatoni, Berio, Perle, Morton, and Thelonious Monk. “A fascinating recital for the serious listener . . .” wrote the American Record Guide. He has also recorded three discs of works by Anthony Braxton and Guillermo Gregorio for the Hat Art label. Mode records will soon release a disc of works by Xenakis featuring Professor Cameron as both bassist and conductor.

Professor Cameron performed in a tour with Ensemble Modern under conductor/composer John Adams. He has performed in the Edinburgh Festival, June in Buffalo, Asian Contemporary Music Festival (Seoul), and Musikfestwochen (Lucerne, Switzerland), and appeared with Topologies in a BBC broadcast concert in London’s Warehouse. He has given dozens of master classes at major music schools and International Society of Bassists conventions.

Professor Cameron also has written dozens of articles for the Chicago Tribune, American String Teacher, and Bass World. He attended Indiana University, where he studied with Murray Grodner, Barry Green, and Stuart Sankey, and was the first bassist in over a decade to receive the coveted Performer’s Certificate from Indiana. In 1996, Professor Cameron was appointed National Endowment for the Humanities Distinguished Visiting Professor at the State University of New York at Potsdam.