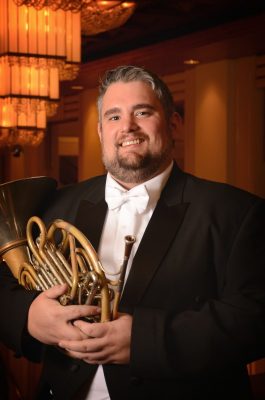 Marc Zyla is the Director of Education and Community Outreach for the Quad City Symphony Orchestra (QCSO) in Davenport, Iowa, and has been principal horn of the QCSO since 2011. He is also the General Manager of the Quad City Symphony Youth Ensembles (QCSYEs) program. Prior to his appointment at QCSO, Marc had been the Consortium Instructor of Horn at the University of Evansville and principal horn of the Evansville Philharmonic Orchestra.