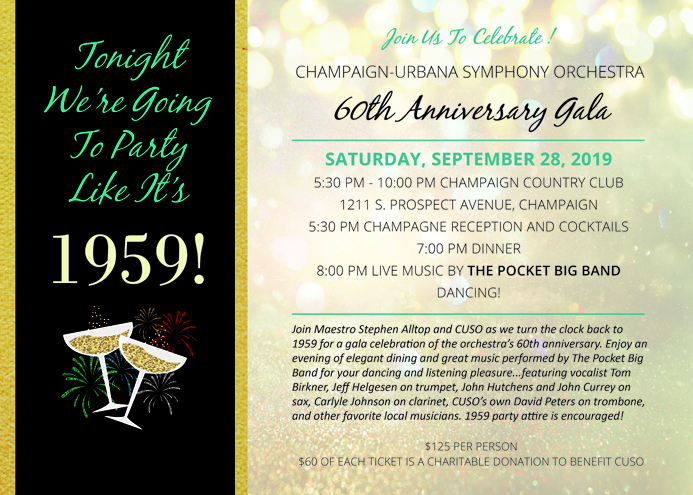 The Champaign-Urbana Symphony Orchestra was founded in 1959 by music lovers in our community who had the dream of establishing a permanent and professional symphony orchestra. Funded by local businesses and more than 300 subscribers, the orchestra performed the opening concert in Smith Hall on October 20, 1960 under the leadership of Bernard Goodman. The concert was hailed “a magnificent success” by The News-Gazette and the new orchestra flourished with the help of the Symphony Guild that was formed in 1962.

Over the years, CUSO has performed more than 350 concerts and showcased the talents of hundreds of local, professional musicians, bringing the magic of music to audiences of all ages. We hope you will join CUSO to celebrate the orchestra’s 60th anniversary!